Research conducted by Charter into the Gold Coast office market and its various precincts shows that vacancy rates remain well below the historical average despite a recent increase in vacancy on the back of a fall in demand for space.

There is currently a total of approximately 469,800 sq.m. of office space on the Gold Coast. Notably, the amount of office stock in this market has almost doubled since 2002 with an additional 221,000 sq.m. (net) being added to the market, of which virtually all has been absorbed. 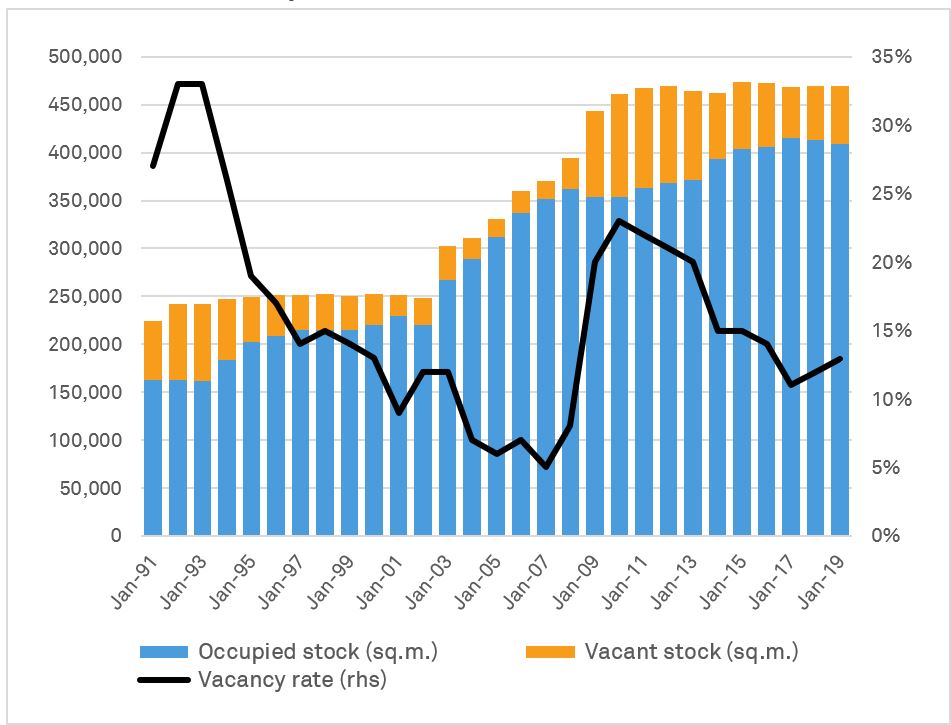 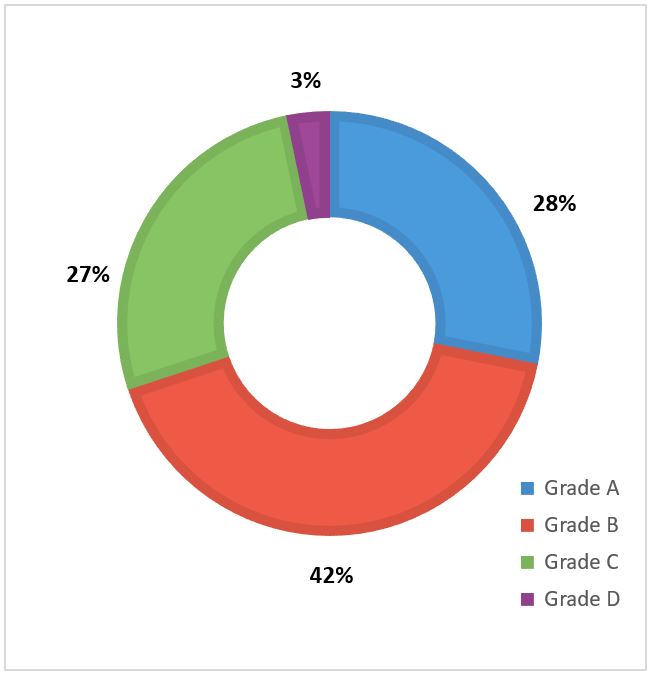 The vacancy rate for D-Grade stock has tended to be the most volatile, albeit off a relatively small amount of stock which represents just 3% of the total supply. The current vacancy rate of 11% for D-grade stock is only slightly higher than that for B-Grade stock, and well below the 21.6% vacancy recorded back in 2014. 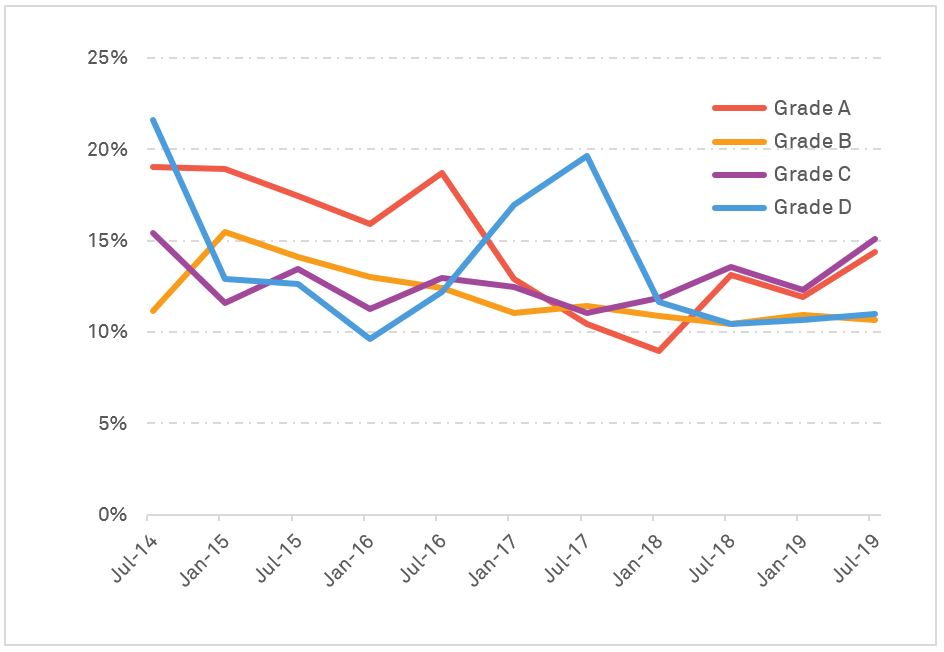 With three ‘proposed’, or ‘under construction’ office developments totalling 14,446 sq.m. in the development pipeline, it is likely that Robina-Varsity Lakes will surpass Southport as the largest office precinct on the Gold Coast. Robina-Varsity Lakes currently has a vacancy rate of 13.2%, an increase on the 12% recorded in January 2019 and well above the historical average vacancy rate of 11.5%.

Broadbeach
Broadbeach is the smallest of the Gold Coast’s office precincts, with a total of 30,833 sq.m. or 7% of the total market. With a vacancy rate of 11.7%, this is an increase on the 9.9% recorded in January 2019 which is above the historical average vacancy rate of 10.7%. 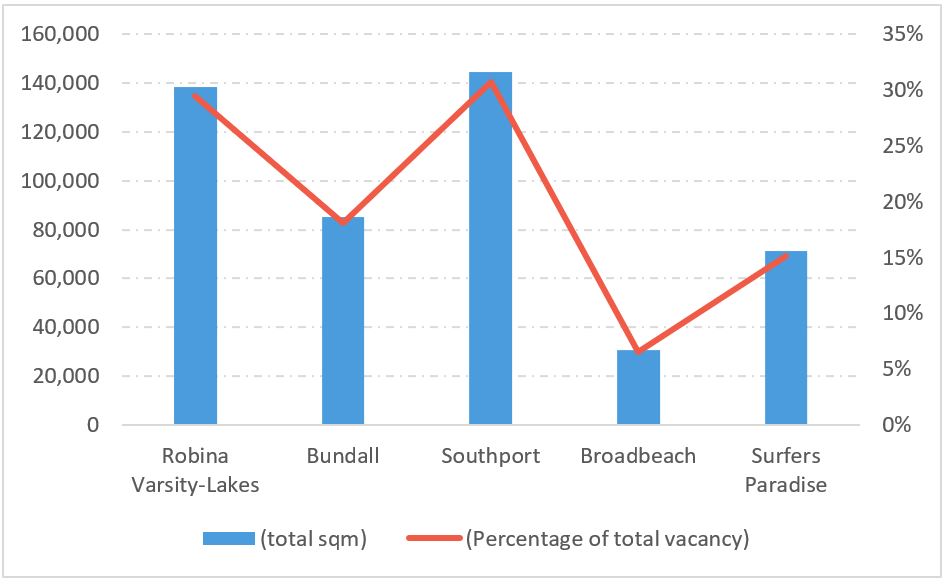 Approximately 4,500 sq.m. of the new office space has been pre-committed with Metricon agreeing to lease the first four levels of Building 1 at the Acuity Business Park which is currently under construction at 209 Robina Town Centre Drive (due to be completed by July 2020). A further 14,600 sq.m. of office space is planned beyond 2021.

New Office Space by Type (Planned, Under Construction or Refurbished)

New development on the Gold Coast – especially between Broadbeach and Southport – tends to be concentrated around mixed-use residential high-rise towers.

With historical vacancy rates around 16%, there is greater demand for B-Grade office space than A-Grade quality space with limited demand for new office towers in Southport, Surfers Paradise and Bundall.  It is likely that developers will therefore look to offer quality office space in these precincts as part of larger mixed-use developments rather than seek to develop stand-alone higher-grade office buildings.

Most office developments constructed over the last 15 years and all three office buildings currently under construction or in planning stage, have been concentrated in the Robina-Varsity Lakes precinct.  It is likely that most future office buildings will be built there. An exception to this is a 6-level office tower comprising approximately 2,900 sq.m. of space that is proposed to be constructed at 26 Lawson Street, Southport and which notably, has also achieved pre-commitments.

The total value of sales of office buildings in the year ending June 2019 is down compared to the previous 12-month period.

Significant sales for the year ending June 2019 include:

Gold Coast office yields have been stable for the past two years, with office assets selling on yields ranging between 6.25% to 7.5%. Stable yields are forecast to continue.  Market rents for A-Grade office space have increased, with average net face rents up to $450 per sq.m. whereas incentives have slightly decreased. Conversely, market rents and incentives for B, C & D Grade stock have been stable with net face rents in the $230-300 per sq.m. range.

The Gold Coast’s office precincts have experienced a rise in vacancy rates in the six months to June 2019 however they remain well below the average historical vacancy rate. This is reflective of a growing and diversified Gold Coast economy, improved business confidence, and relatively low rents.

There is only a small amount of new office space in the development pipeline, with this space mostly pre-committed. This will have minimal effect on vacancy rates which are likely to continue to remain at historical low levels in Surfers and Broadbeach given that there is no new supply planned in either precinct.

Robina-Varsity Lakes is likely to surpass Southport as the largest office precinct on the Gold Coast.  It should continue to experience relatively low vacancy rates and strong demand due to its proximity to strong public transport, easily accessible transport links such as the M1, ample car parking and closeness to the major retail services in Robina Town Centre.

Meanwhile, Southport may have seen recent increases in vacancy rates but long term, it is likely to maintain vacancy rates around the historical average as it will continue to function as the Gold Coast’s CBD and is serviced by major shopping centres and good public transport such as the light rail.

At Charter, we’re as dynamic as the property industry itself.