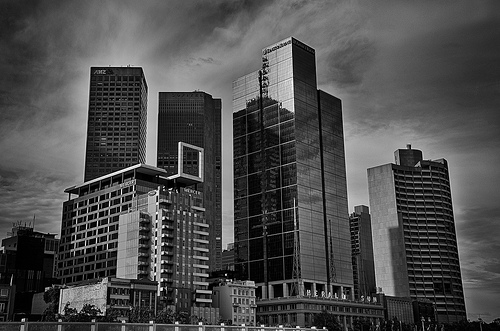 In essence there are really two classes of property assets: commercial and residential.

The value of commercial real estate (including retail, industrial and office) is driven by income and yield. Consequently global events such as movements in interest rates, global economic growth, Australia’s recent favourable terms of trade and international perceptions about our economy are more significant for this asset class. In contrast, residential property is less affected by global events than commercial property and mostly influenced by domestic economic, tax policy and demographic impacts.

There is therefore a very significant difference between these two classes of real estate, commercial versus residential, they are effectively unhinged from each other, and depend on different factors for their performance.

Since the depths of the GFC, the upward repricing of most assets, particularly equities, and to a lesser extent, property has all been because of fiscal and relaxed monetary policy, not because of increased productivity. We are now at the bottom of the interest rate cycle, from which interest rates will rise over the next two to three years, and as they do, there will again be a repricing of assets.

Those assets which are not able to show real productivity gains are most vulnerable as in a higher interest rate environment their capital value will be vulnerable. Those that can only maintain profitability will also weaken, although not as badly. It is those assets that have achieved significant growth that will post an increase in value in a higher interest rate environment.

Make no mistake, in exactly the same way that low interest rates have boosted everything in the last few years, those gains can be just as quickly eroded when interest rates rise, all else being equal.

There is no doubt that after the cleansing of the GFC, the American economy is now progressing and making gains which will start to see interest rates begin to rise in America. The same will happen here barring another external shock to the global financial system.

A range of respected and well informed economic commentators are in unison that in Australia our labour productivity is declining due to a lack of capital investment, public infrastructure, poor work practices and aging production processes, and a lack of education and training. This is at a time of decline in labour utilisation, due to demographic influences especially the ageing of the population which is reducing real work force participation.

Furthermore, continued public and private sector restructuring and retrenchments will compound this demographic impact further decreasing labour utilisation. As these forces have their impact, economic growth with slow, and profitability is likely to decline, altogether a very hazardous prospect, particularly if interest rates are to rise as is inevitable.

With respect to commercial property generally one must question, in the light of possibly deteriorating economic conditions (albeit in an already low growth environment), to what extent rental growth will occur in the medium term.

The consequences of minimal rental growth in a higher interest rate environment will flow through to higher property yields and this will take its toll on capital values.

For this reasoning I believe that although not generally, some commercial property will over the next four to five years give a disappointing investment performance and that now may be a time in respect of some properties, to sell rather than buy. Market observers will have noted the profile of many vendors in the current market, most of whom are “seasoned”, investors, who probably sense a current peak ahead of uncertain conditions.

Perhaps it is also not a bad time to sell particularly as there is an influx of real estate investment funds into Australia from Asia, seemingly, by a category of investors who are not making investment decisions based on the economic analysis local investors would make, but who are more driven about transferring funds out of their own countries for a variety of reasons. For some it is because of intended immigration to Australia, for others, simply into a climate of lower sovereign risk.

Again, it is important for me to emphasise that my comments are only general and by no means apply to all commercial properties. For example, immediately post the GFC there were many astute investors who acquired properties at very attractive prices and which consequently still have growth, if not at least stability over the medium term, particularly those which are well leased beyond the next testing period of say 4 to 5 years.

As an objective analyst of the markets over 43 years, I have never been an alarmist but am committed simply to providing considered and researched guidance to clients. The concerns that I express here are of course general and across all property markets there will remain excellent opportunities. For example, the generally low risk residential sector, emerging retail hotspots, and inner urban markets in need of new generation office accommodation; so of course there is scope for good low risk investment.

However, my caution is at the very least that, given the likely economic scenario that will unfold in the medium term that if your investment acquired today is to be one which is still performing well from five years from now that it must be chosen with the greatest care, research and due diligence.

We are not in a cycle of history repeating itself which can be adequately understood by reflecting on past performance. Rather we are at a moment of unprecedented influences including the investment anxiety of the Baby Boomer cohort, the real challenge to our Australian standard of living, a decline in labour productively and utilisation and the fall out of a post GFC recovery which will in a very short period reverse from record low interest rate stimulus back to normal levels.

The coincidence of these major influences has not been experienced previously in Australia. So, now is probably a time for many to accept that they should not make their investment decision alone but rather seek advice from independent professional analysts such as ourselves at Charter Keck Cramer, where we are endeavouring to truly understand what is going on in this economy and where it will take us as investors.

Finally, and inexplicably, it has occurred in the past that the best of analysis and forecasts is shown to be at odds with investor sentiment and what then subsequently transpires in the markets. However recently I have observed that forecasts and actual behaviour are becoming less divergent, as analysts better anticipate the markets and as investors are more accepting of research and guidance.

My views are based on my observations and conversations with many astute friends, colleagues and clients and I cannot lose grasp of my absolute belief that interest rates will rise globally and the Australian economy will slow at the same time.

What do you think will be the consequences?